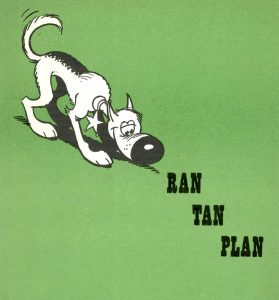 The latest issue of Inks: The Journal of the Comics Studies Society includes an article by Maaheen Ahmed on the Alain Van Passen comics collection, recently acquired by Ghent University, as part of the COMICS project.

Covering publications from the 1930s through the 1980s, the collection is comprised of French and Belgian comics magazines and fanzines. Since the story of Van Passen’s collection is intertwined with the establishment of comics clubs, the essay introduces the rise and organization of francophone comics collecting and highlights the connections established between early francophone comics criticism and (fan) scholarship. It also discusses the first Belgian comics fanzine, Ran Tan Plan, for which Van Passen was an editorial board member and a regular contributor. After arguing for the importance of collector knowledge for comics scholarship, the essay ends with a few remarks on the potential of such private collections for better understanding the materiality of comics making and the vast visual archive contributing to comics history.

You can browse the collection Alain Van Passen on the catalogue of the Ghent University Libraries.

Image credit:detail from Ran Tan Plan no. 5 (1967), featuring a drawing by Morris.