Benoît Glaude is a researcher at UGent and a visiting lecturer at UCLouvain. After his Ph.D in Languages and Literature, focusing on comics’ dialogues, he has held an FNRS postdoctoral position at the UCLouvain, during which he was working on comics novelizations. His current research focuses on literary mediations of comics, adapted into novels, audiobooks for youth, children’s picture books, etc. This research will be conducted on the Alain Van Passen comics collection at UGent, which includes Francophone comics magazines from the 1930s through the 1980s. He has published several books about French-speaking comics and he is also co-editing a forthcoming volume on novelizations in children’s literature. 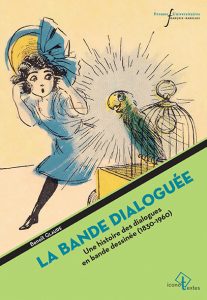