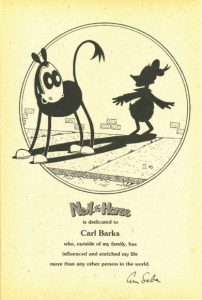 Abstract: This article examines the love of comics or bedephilia discernible in Katherine Collins’s Neil the Horse Comics and Stories, a short-lived comic from the 1980s. It interrogates and contextualizes the “childish” elements of the comic, its bridging of children’s culture and adult culture through focusing girls’ comics and funny animal comics. It also discusses the comic’s interactions with musicals. Situating the comic in the “maturing” scene of 1980s North America, this article shows how Neil the Horse expresses a love for comics that were often left out of the mainstream and its alternatives; it reached out to a relatively mixed audience and an all but forgotten group of comics readers that often steered clear of the abundance of superhero comics.